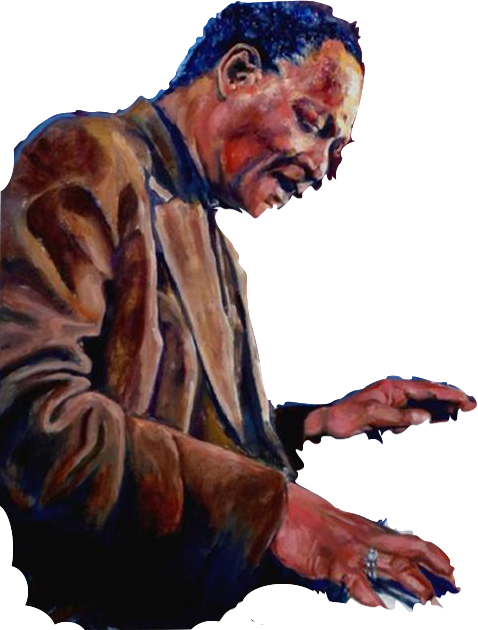 McCoy Tyner began his piano studies at 13 at the West Philadelphia Music School and later at the Granoff School of Music. In his teenage years, he formed a group called the Houserockers for a short time. At 17 he converted to Islam through the Ahmadiyya Muslim Community and changed his name to Sulieman Saud. He played professionally in Philidelphia, and his neighbors included famous jazz siblings Bud and Riche Powell.

While in his mid-teens, Tyner performed with local jazz ensembles. He met saxaphonist John Coltrane in 1955, and the two of them, along with Art Farmer and Benny Golson, eventaully formed Coltrane's renowned quartet in 1960. It was during this time that Tyner developed his signature strong pentatonic chord-playing style and lightning-fast runs, and the group began integrating elements of African and other muscial genres in their work. Tyner later went on to lead a variety of his on ensembles starting in 1965 and in subsequent years, was prominently seen alongside bassist Ron Carter. He would work solo, as a sideman, in trios, and big bands which prduced dozens of albums such as The Real McCoy (1967), Sahara (1972), 4 × 4 (1980), Infinity (1995) and Uptown/Downtown (1988). Tyner was named a 2002 NEA Jazz Master by the National Endowment for the Arts and won five Grammy Awards. He was also awarded an Honorary Doctorate of Music from Berklee College of Music at the Sala dei Notari during the Umbria Jazz Festial and was a judge for the 6th, 10th and 11th annual Independent Music Awards. 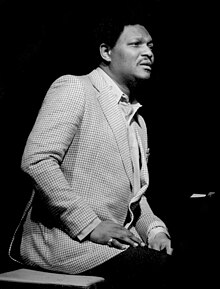 McCoy Tyner's powerful, propulsive style of piano playing was an integral part of the John Coltrane Quartet in the early 1960s and influenced countless musicians that followed him. His rich chord clusters continue to be imitated by many young jazz pianists. The pianist created an unconfining sonic space Coltrane could improvise within. Tyner's pushy, booming chords were so wide open, anything Coltrane played on top would fit. McCoy Tyner's own solos followed a similar logic. He plays thundering, ambiguous chords under fast, right-hand melodies often based on five-note scales, a marker in jazz of African roots. His sound was heavy, but buoyant, billowing like blue smoke.