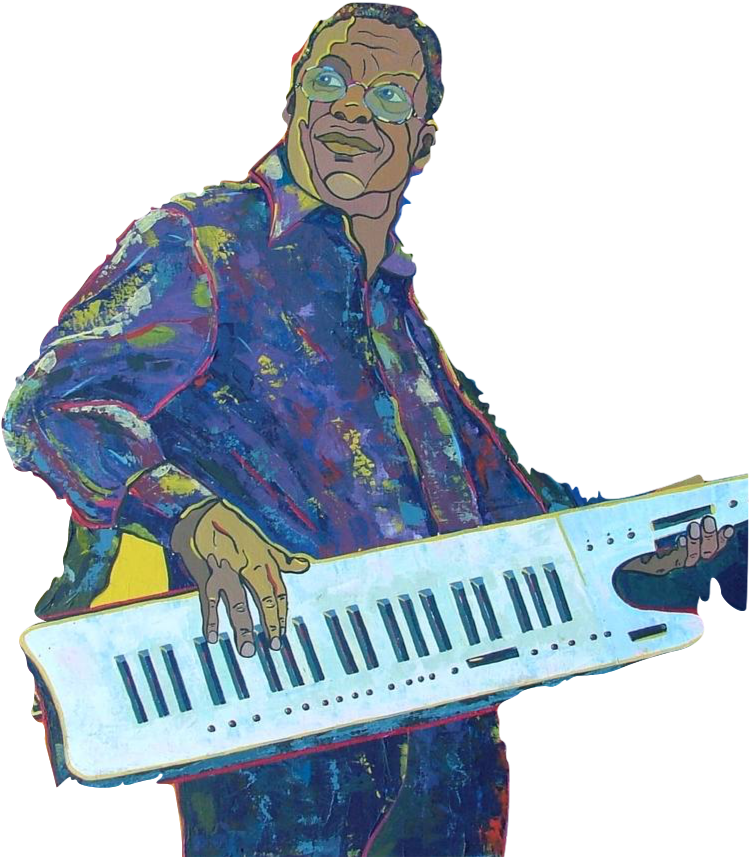 Born in Chicago, Herbie Hancock began studying classical piano at the age of seven and was considered a child prodigy. He played the first movement of Mozart's Piano Concerto No. 26 in D Major, K. 537 with the Chicago Symphony Orchestra at the age of 11 and was influenced by records of the vocal group the Hi-Lo's. After leaving Grinnell College, he moved to Chicago, and began working with Donald Byrd and Coleman Hawkins. After studying composition with Vittorio Giannini, Hancock quickly earned a reputation, and played subsequent sessions with Oliver Nelson and Phil Woods. He recorded his first solo album Takin' Off for Blue Note Records in 1962. "Watermelon Man" (from Takin' Off) was to provide Mongo Santamaría with a hit single, but more importantly for Hancock, Takin' Off caught the attention of Miles Davis, who was at that time assembling a new band.

While in New York, his clever accompaniments and straightforward soloing with bebop groups led to tours with Miles Davis (1963–68). The Davis quintet’s mid-1960s experiments of rhythmic and harmonic freedom inspired and developed some of Hancock’s most daring, arrhythmic, harmonically colourful concepts. At the same time, he played extensively in bebop and modal jazz settings, from funky rhythms to ethereal modal harmonies; as a sideman on Blue Note albums and a leader of combos, he played original themes including “Maiden Voyage” and “Cantaloupe Island.” Hancock began his first jazz-rock experiments in the 1970s, and led fusion bands while playing instruments like electric pianos and synthesizers. Enthralling sound colours and rhythms, in complicated layers of synthesizer lines, characterized jazz-funk hits such as “Chameleon,” from his best-selling Headhunters album (1973). He also composed music, both jazz-rock and straight-ahead jazz, for broadcast commercials, television, and films such as Blow-Up (1966), Death Wish (1974), and Round Midnight (1986), which he won an Academy Award for. He also played in acoustic piano in jazz Projects with Chick Corea, Freddie Hubbard, and Wynton Marsalis. He reunited his Headhunters group in 1998, and collaborated with jazz legend Wayne shorter on Future 2 Future (2001) to produce a beat-filled fusion of jazz and electronic music. More recently, he has won many more Grammys and has worked with musicians such as Stevie Wonder, Paul Simon, and Santana. In 2013 Hancock was named a Kennedy Center honoree. 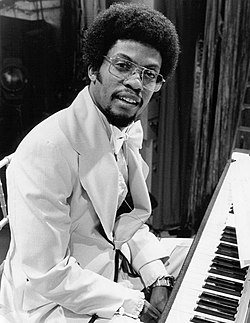 Hancock's piano and keyboard voices are entirely his own, with their own urbane harmonic and complex, earthy rhythmic signatures and young pianists cop his licks constantly. Having studied engineering and professing to love gadgets and buttons, Hancock was perfectly suited for the electronic age; he was one of the earliest champions of the Rhodes electric piano and Hohner clavinet, and would field an ever-growing collection of synthesizers and computers on his electric dates. Yet his love for the grand piano never waned, and despite his peripatetic activities all over the musical map, his piano style continued to evolve into tougher, ever more complex forms. He is as much at home trading riffs with a smoking funk band as he is communing with a world-class post-bop rhythm section and that drives purists on both sides of the fence up the wall.