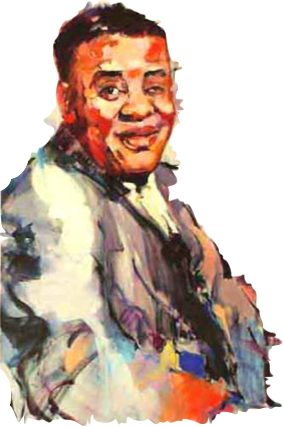 Arthur Tatum Jr. was born completely blind in his left eye and had very limited vision in his right. Despite this, he displayed an early aptitude for music. At 13, after starting on the violin, Tatum concentrated on the piano and was soon performing on local radio programs. At 21 he moved to New York City, where he made his most impressive recordings during the 1930s and ’40s using a stride-style left hand and highly varied right-hand stylings. In 1943 he organized a trio with guitarist Tiny Grimes and bassist Slam Stewart, and he played mostly in the trio format for the rest of his life.

in the mid-'40s, Tatum spent most of his life as a solo pianist who could always scare the competition. Some observers criticized him for having too much technique, working out and then keeping the same arrangements for particular songs, and for using too many notes, but those minor reservations pale when compared to Tatum's reworkings of such tunes as "Yesterdays," "Begin the Beguine," and even "Humoresque." Although he was not a composer, Tatum's rearrangements of standards made even warhorses sound like new compositions. He later starred at the Esquire Metropolitan Opera House concert of 1944 and appeared briefly in his only film in 1947, The Fabulous Dorseys (leading a jam session on a heated blues). He recorded extensively for Norman Granz near the end of his life in the 1950s, both solo and with all-star groups; all of the music has been reissued by Pablo on a six-CD box set. His premature death from uremia has not resulted in any loss of fame, for Art Tatum's recordings still have the ability to scare modern pianists. 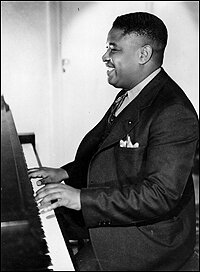 In his improvisations Tatum was given to spontaneously inserting entirely new chord progressions (sometimes with a new chord on each beat) into the small space of one or two measures. His reharmonization of pop tunes became a standard practice among modern jazz musicians, horn players as well as pianists. In rhythmically unpredictable spurts, he often generated lines with notes cascading across each other while weaving in and out of tempo.